“The property rights as a basis for freedom”

An examination of the Japanese government’s response to the Coronavirus pandemic reveals many extra-judicial responses. The government declared a state of emergency and restricted various rights of the people. The people’s freedoms, including personal property rights. have been restricted without compensation, and the government has imposed many burdens on the people without proper deliberation. These have created many legally questionable or unconstitutional situations. Currently, neither the ministers nor the Diet are fulfilling their roles in Japan.

“Hybrid Struggles of the Great Powers”

This book is based on the transcript of a symposium held by Kyukoku think tank in 2022. Five leading experts discuss the military and geopolitics of the United States, China, and Russia. The authors include Yu Koizumi (the Russian military and security policy), Shinji Okuyama (geopolitics and strategic studies of Western countries), Naoaki Hidani (general security issues), Yuya Watase (international affairs analysis), Koji Nakagawa (organizational strategy theory).

American economist Milton Friedman (1912-2006) is one of the greatest economists of the 20th century, whose libertarian ideas still influence the world today. However, his writings on the Japanese economy are almost entirely unknown. This book is the first analysis of his ideas about the Japanese economy. Contrary to popular wisdom, Friedman reveals that Japan is an excellent example of the great virtues of a free market economy rather than bureaucratic leadership. It was trade liberalization and innovative private enterprise that made possible the Japanese economic miracle. The Japanese economy grew in spite of industrial policy, not because of it. Friedman was also a relentless critic of discretionary monetary policy by the Bank of Japan. He predicted most of Japan’s economic crises, including the collapse of the bubble economy in the 1990s and deflation in the 2000s. Had Japan followed the solution he outlined -a free-market economy with stable money, the turmoil could have been avoided. It is time to heed Friedman’s forgotten advice to us. Japan must regain its strength through deregulation, tax cuts, and stable monetary policy.

“The Economics of Freedom and Growth”: Debunking the Myths of the Anthropocene &Degrowth Communism.

This book provides a critical analysis of the “degrowth communism” advocated by Kohei Saito, a leading Marxist in Japan. In recent years, the anti-capitalist movement has gained momentum in Japan. According to Saito, capitalism inevitably leads to economic growth that destroys the environment. He argues that capitalism is the root of all evil, from climate change to pandemics. His book, Marx in the Anthropocene, which advocates “degrowth communism” as an alternative to capitalism, became a best-selling book in Japan.

However, Saito’s claims are not based on facts. History shows that it has been communist regimes that have caused the worst environmental destruction, including the Chernobyl nuclear disaster. This is no accident. Property rights are the best means of promoting efficient use of resources. It is no surprise that communist regimes that deny property rights inevitably destroy the environment.

Property rights are also essential for the protection of human rights. As Hayek and Friedman taught, economic freedom is inseparable from human freedom. Without property rights, there can be no independent media or democracy. This is why all communist regimes invariably violate human rights. Saito’s degrowth communism is no exception. Indeed, the regime proposed by Saito would be extremely repressive since it would deliberately impoverish the people.

Judging from history, it may be true that communism is the surest way to degrowth, but that merely means that communism makes people poor and desperate. It is the poor and minorities who suffer most as a result of degrowth. The right solution to environmental problems is not a regression to barbarism, but progress through innovation. Contrary to popular belief, it is economic growth under capitalism that has dramatically reduced the death toll from natural disasters and communicable diseases. Only capitalism can create breakthrough technologies that give hope for the future.

The Economics of Freedom and Growth is the third-place winner of the “Best Economic and Management Books of 2021” selected by The Oriental Economist (Toyo Keizai), a leading Japanese economic magazine.

“As proof, Ezaki Michio, a policy analyst and researcher who is a professed devotee of the free market and small government, published an op-ed earlier this month in the Sankei Shimbun—the newspaper of record for fiscal sanity and political clearheadedness—calling for strengthening the Japanese domestic economy and countering the perceived geopolitical threat posed by Japan’s communist neighbor on steroids China by…drumroll please…cutting taxes. Across the board. Touting the Trump tax cuts of 2017 and the deep and positive effect that those cuts had on the American economy, Ezaki advocated that Japan follow suit. This bucks the trend in Japan, to be sure. Just last year the consumption tax here was raised to 10 percent, and the outlays now moving through the political sausage-making machine to deal with the economic fallout of the Wuhan virus are surely going to translate to even higher taxes down the line. Pleading over that siren song, Ezaki says to cut taxes, and he also says to cut regulations and let businesses make money again. Hooah.“

The Japanese Love of Keynesian Economics Might Finally Be Coming to an End | Jason Morgan
Even those fortunate enough to have escaped infection by the Wuhan coronavirus will by now have noticed one of the virus’ many secondary effects: the disruption... 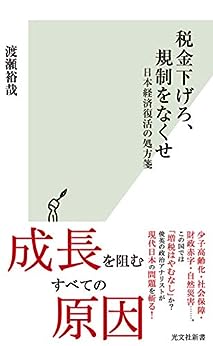 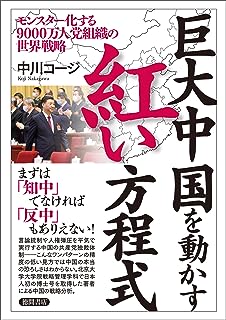 Chapter 1: What is a “libertarian” — its classification and combination
Anarchist” libertarians–no state
Minimalist libertarian: a state with only justice, security, and defense
Classical Libertarianism: Autogenous Order, Negative Income Tax, Public Choice
Why not welfare and taxation?

Chapter 2: The Struggle for Each “Property Rights”
Everything is a “Property Right
Libertarians and Burkeans
Against Taxation — Against New Deal Policies

Chapter 3: Application of Libertarianism to Reality
The Japanese are essentially libertarians
It is more efficient to take care of one’s own affairs: Libertarians and realpolitik
Everything should be centralized in compensation, not criminal law
The emergence of virtual currency and libertarianism

Chapter 4 Libertarians in Japan
The Japanese are libertarian to begin with, and yet there are only left and right in the discourse
Privatization is Better – The Importance of Having a Choice
Protect your country by yourself